Skip to content
Become a member and get exclusive access to articles, videos and more!
Start Your Free Trial

I’m LaCocca. I live in the garden of this house with Marley and Tobia, two slightly mischievous Golden Retrievers. My human mother is an artist, and we keep her company while she works. I am perched on the chair while they sleep between the tables. Silvia, the human mother, has a small studio full of curious things; objects of all kinds that she says tell stories. She has been collecting them for years. 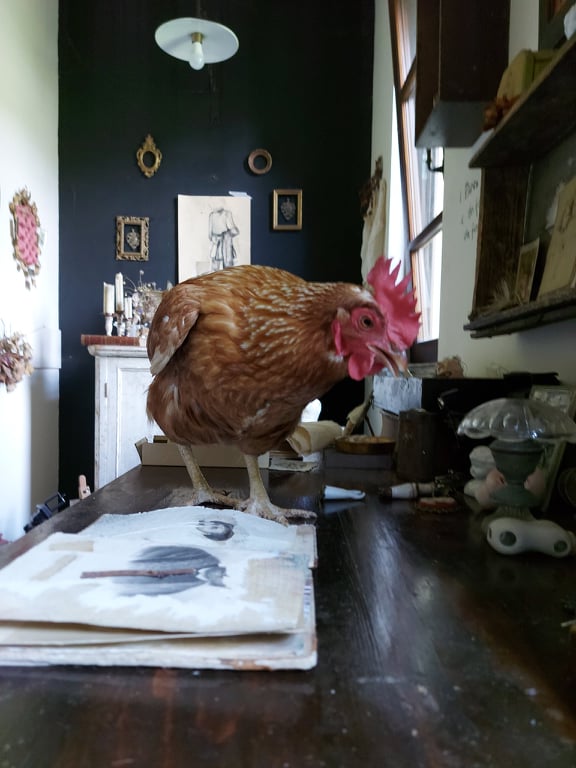 I like to observe her while she paints or draws in her artist books, but also while she studies the compositions for her installations. She looks at them for a while and then magically everything takes its place and turns into an object of art. I contribute with my eggs. They served her for a series of works. For a week, I fluttered high with joy, but the dogs were a little offended…

Marley is a bit deaf because he’s thirteen and a half. He’s always attached to her. Tobia, on the other hand, is a bungler. He likes to snoop around the work table, so every now and then he drops something. But the human mom never gets angry, not even when I trip through her sheets or leave a few feathers lying around. 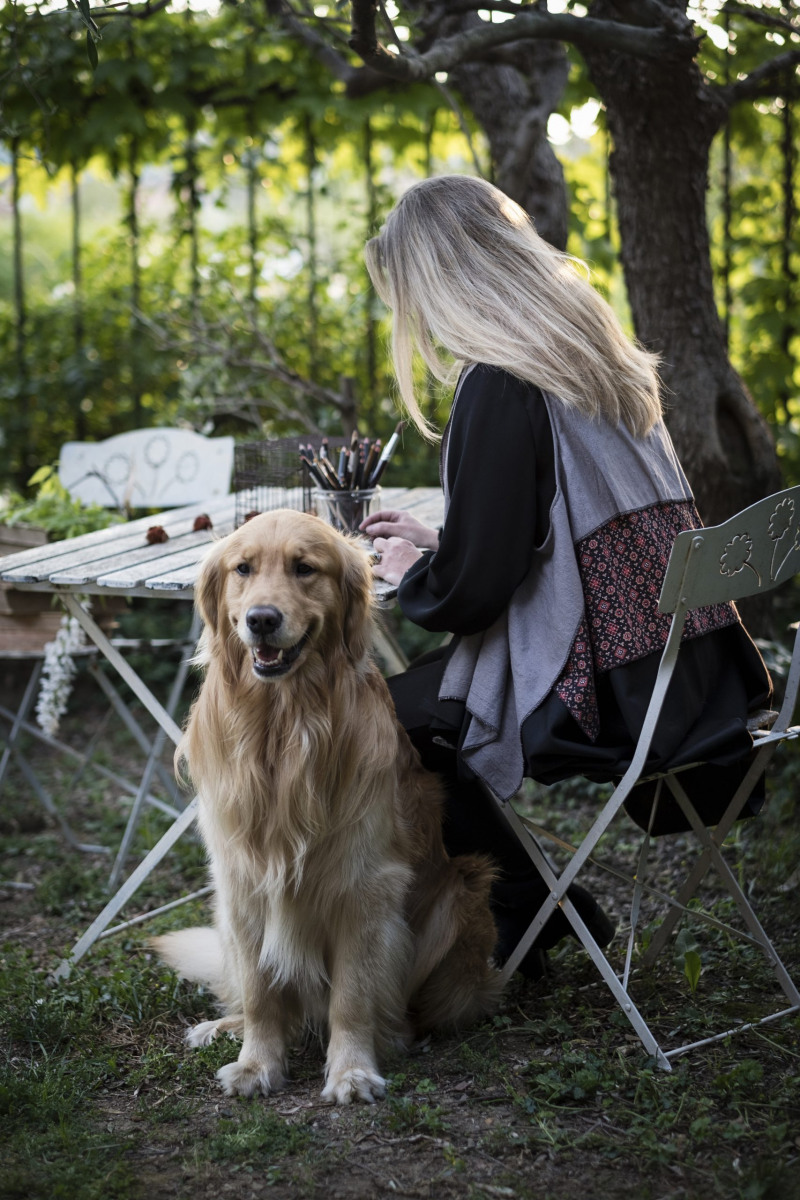 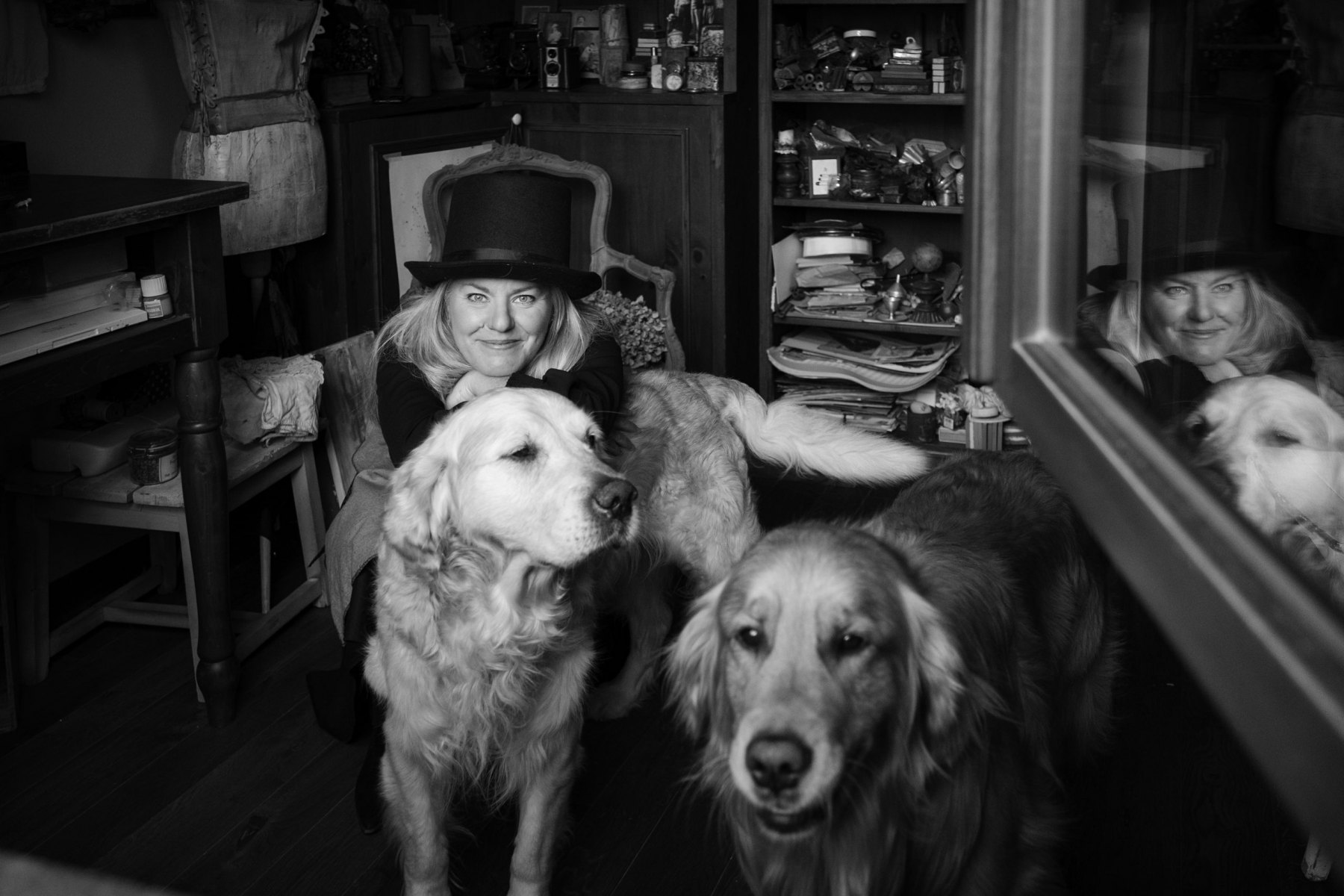 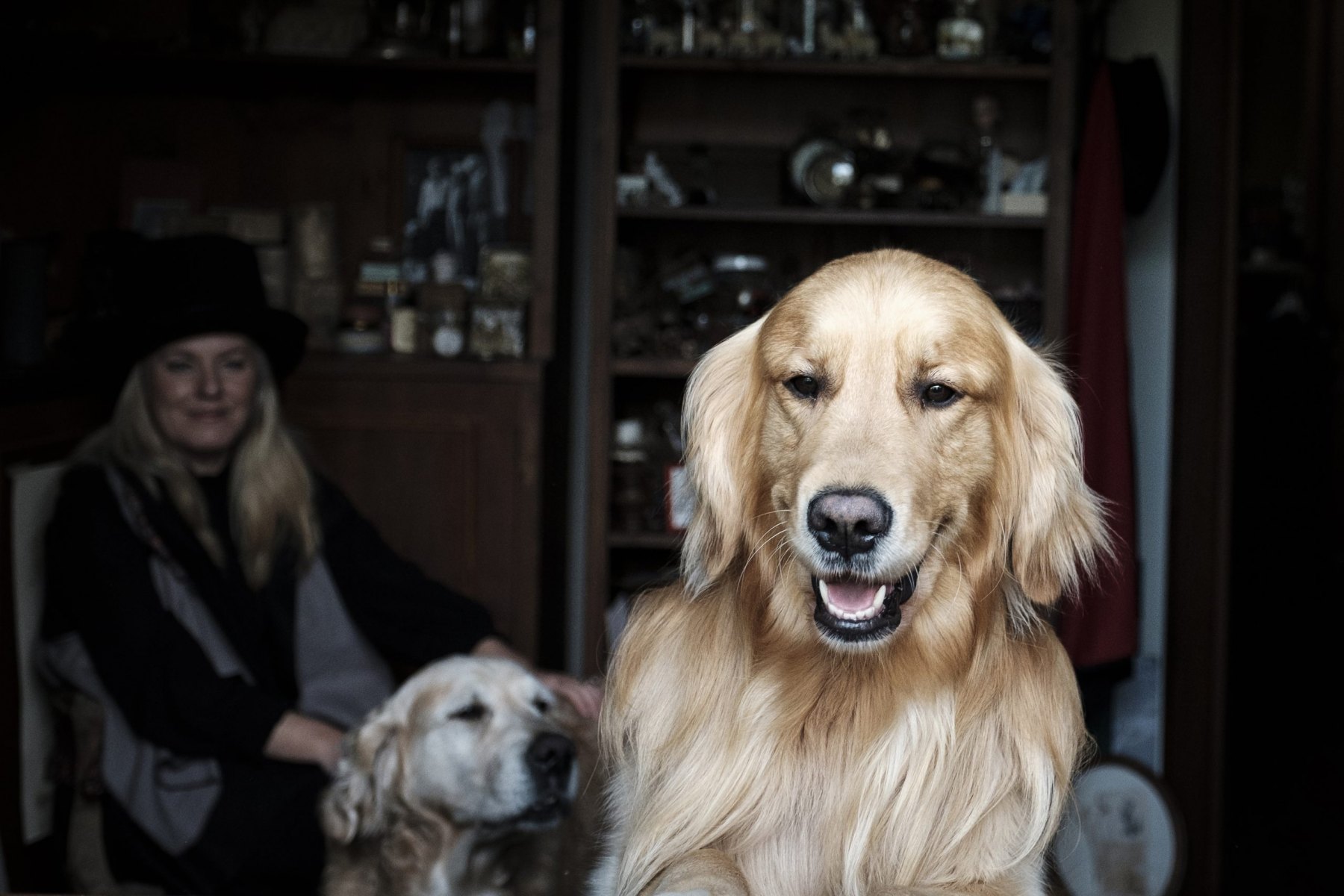 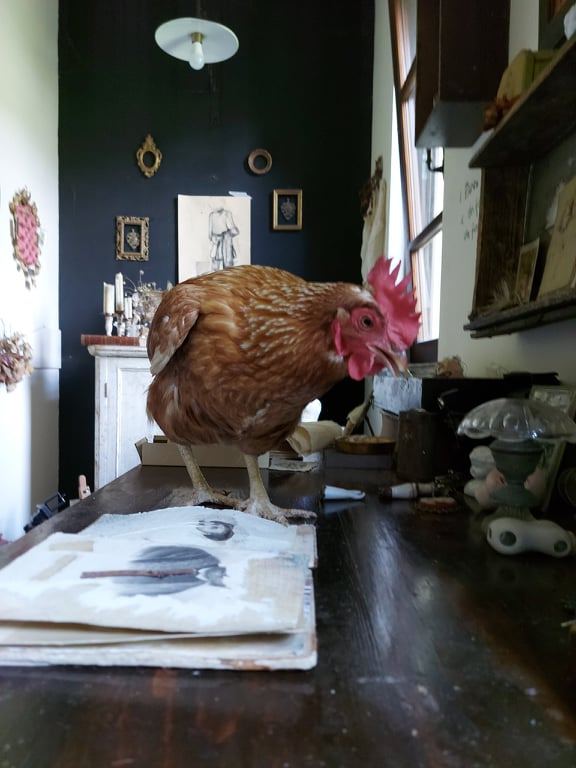 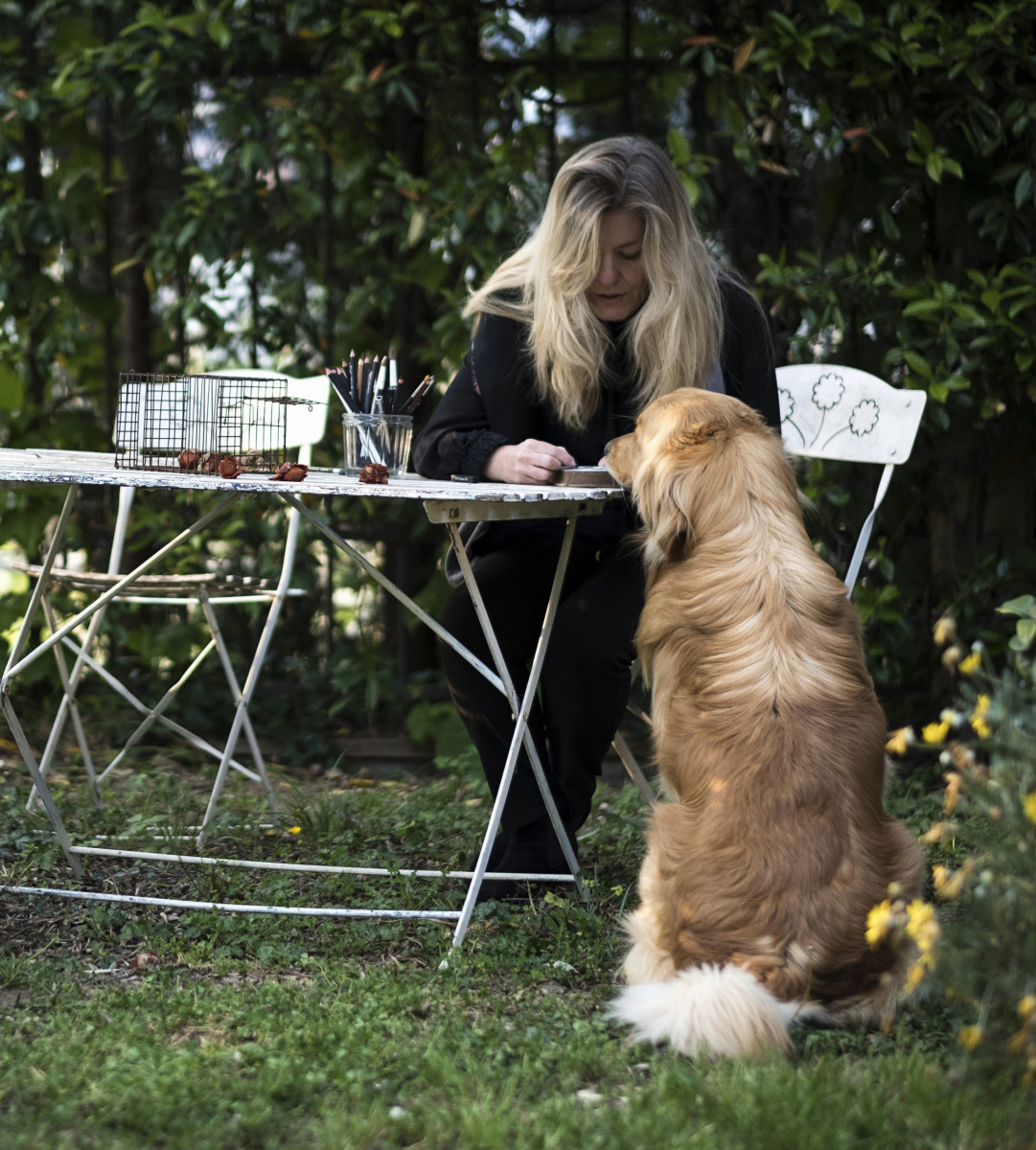 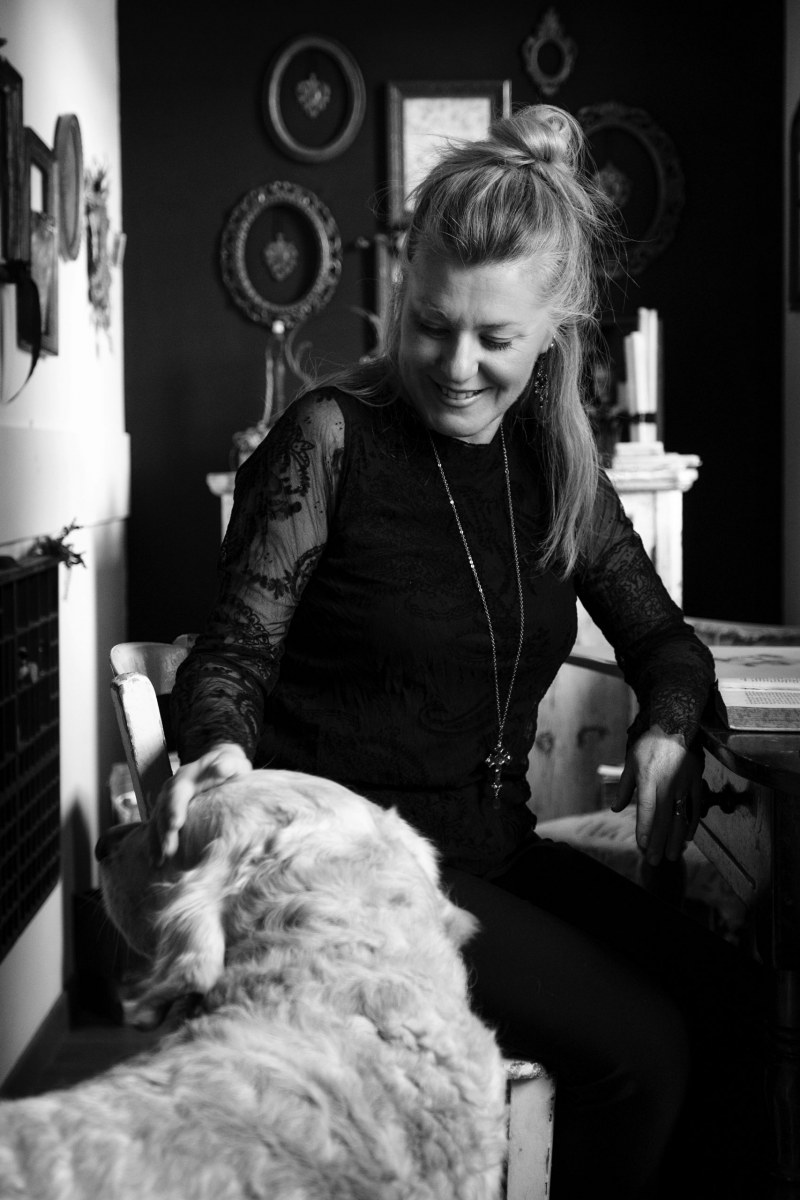 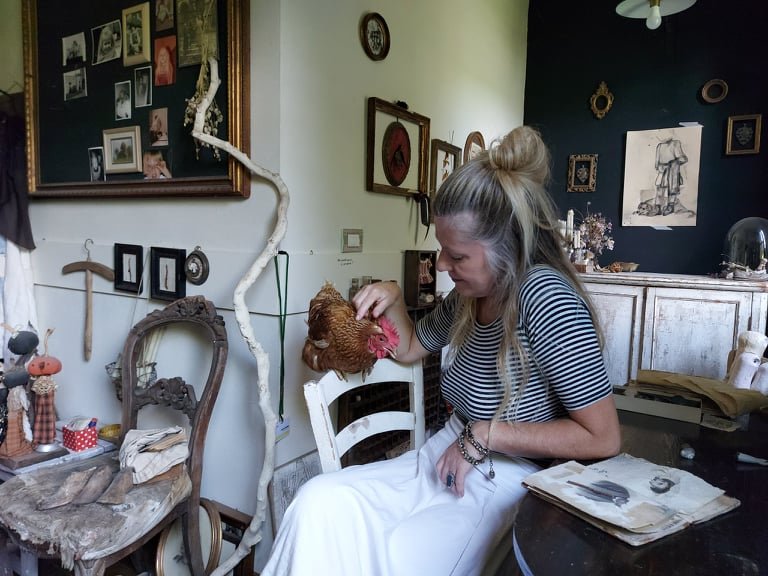 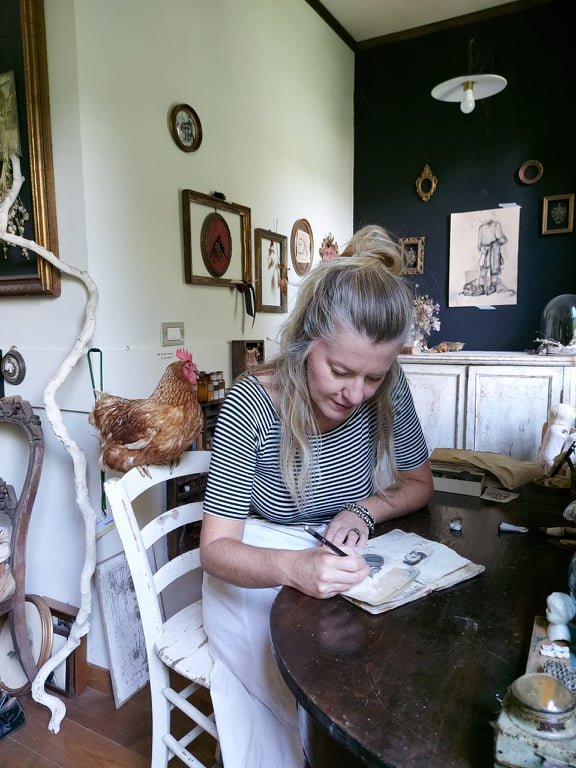 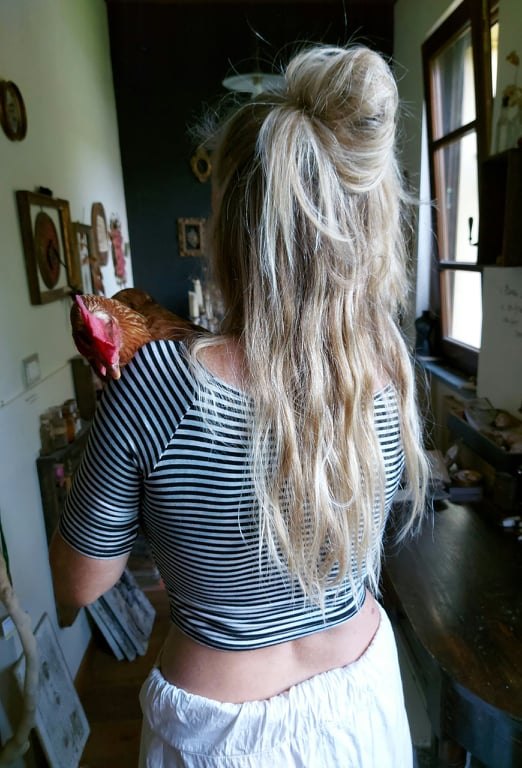 There is also a blackbird who lives outside, in the hedge, together with his partner, but he really didn’t want to be photographed. And there are a number of other non-domestic animals, such as wasps, who insist on making nests that mom then uses in her works.

Unlike us animals, who draw with our paws on the floor only when we come back from the garden after the rain, she uses brushes all the time. Every now and then, she stops, walks away, looks at the canvas for a while and then starts over.

This studio is a little weird, but I think that is one of our mom’s strengths, and we love it! 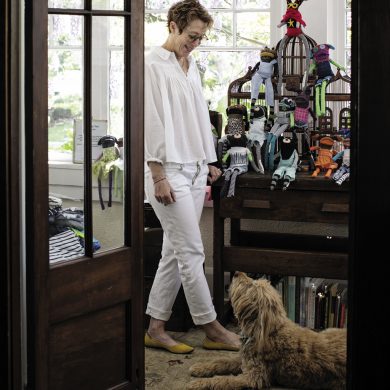 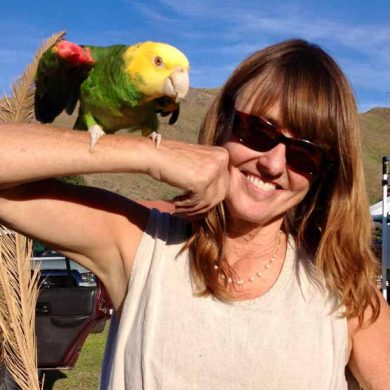 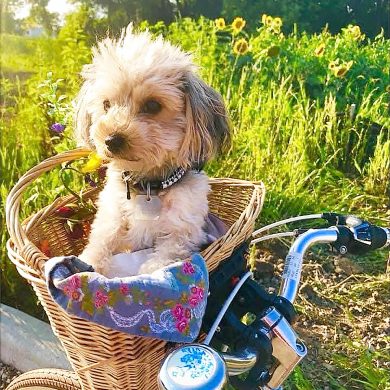