Jo Packham believes we all have a story to tell and she also believes it is her job to give a venue to those ideas; hence, the four magazine titles that she created. Today, she is following through with her own vision through her partnership with Madavor Media. For the beauty, content, and magnificent design of these magazines, Mr. Magazine™ has included all four of the titles (counted as one entry) into his Baker’s Dozen of fantastic new publications, touting “2018 WAS A GREAT YEAR FOR JO PACKHAM!” In February 2019, WWC WORK was honored by Samir Husni (Mr. Magazine) and the MPA (Association of Magazine Media) as the HOTTEST MAGAZINE LAUNCHED in 2018. WORK was selected as #1 out of over 700 publications launched in 2018. 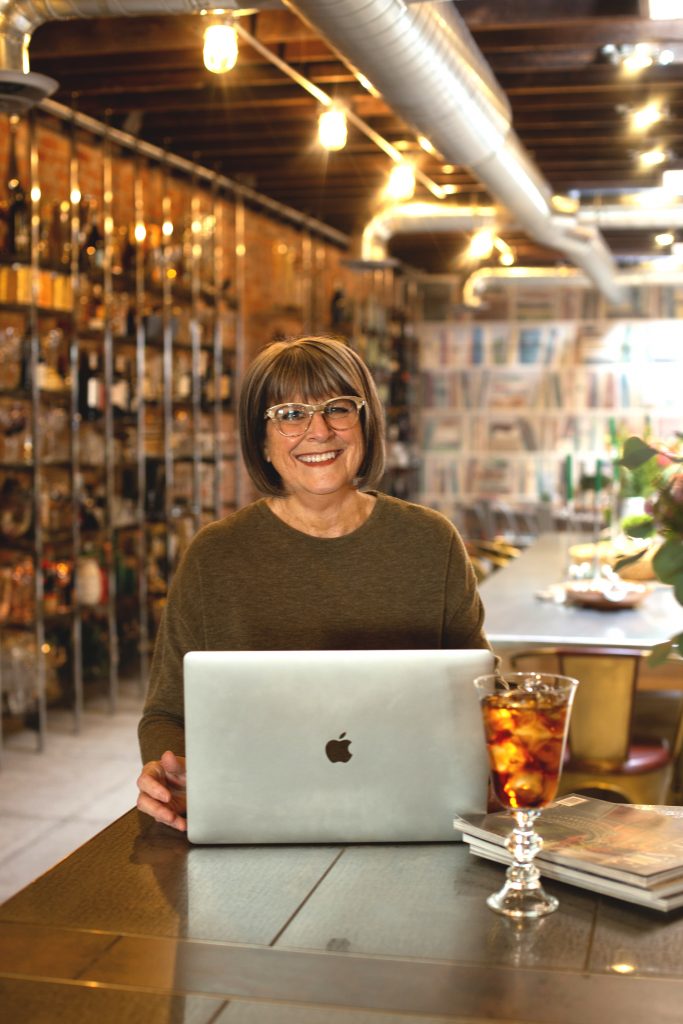 In 2010, with Nancy Soriano, the editor-in-Chief of Country Living for 10 years, Jo co-founded THE CREATIVE CONNECTION – Women, Passion, Business. TCC was a national conference and market celebrating creative women and entrepreneurs. Bringing together the creative process of handmade goods and food with the marketing savvy of business and social media, TCC included over 150 industry experts, 800 attendees, and 50 best-selling authors. Hands-on workshops joined with social networking and business panels that addressed the practical details of setting up, running, and marketing a business, as well as leveraging its impact through blogging and other social media. But most important were the Pitch Slams presented by preselected attendees to top industry experts, culminating in new opportunities and contracts for over 50 designers, authors, and artisan entrepreneurs.

In its second year, Jo and TCC joined forces with BlogHer as its official media partner. BlogHer, at the time the largest women’s social media network, received over 25 million unique views per month. “BlogHer recognized the handmade community THE CREATIVE CONNECTION brought together. “We were honored to have the largest women’s social media community as our media partner,” said Jo Packham. Also partnering with TCC were its Presenting Sponsor, Sterling Publishing (Barnes & Noble, the No. 1 how-to publisher in the world); Vogue Knitting; MaryJanesFarm; McDonald’s; and Starbucks.

Between 2000 and 2005, Jo and her daughter Sara Toliver embarked on a venture that helped spark the revitalization and renaissance of Historic 25th Street in their hometown, Ogden, Utah. Working together, they opened and co-owned three upscale boutiques, Ruby & Begonia, The White Fig, and Olive & Dahlia, in the heart of the old commercial district. Their vision and creative entrepreneurship was rewarded with two Gifts & Decorative Accessories Retailer of the Year awards, one for visual marketing in 2002 and another for community service in 2003. Jo was also Chair and supervised for 11 years the growth of Ogden’s Christmas Village to become the largest holiday celebration in the state of Utah.

Currently, Jo has created the URBAN STUDIO, on Historic 25th Street. The URBAN STUDIO is uncommon and extraordinary. It is the perfect stage with 2,500 square feet of urban aesthetics including a professional kitchen designed for make-it & cooking classes; business meetings, gatherings & retreats; parties, celebrations & holidays … almost everything! The expertise of URBAN STUDIO is the ability to incorporate the finer touches to enable clients and patrons to be outstanding and still enjoy their time as host, teacher, student, or guest. From the moment you step inside, your imagination and expectations meet.

Her life has been a journey that seems as if it were taken straight from the pages of a storybook … the “Once upon a time” beginning”, the tragedies lived through the middle chapters, and hopefully the “ Happy Ever After” ending. She looks forward to the promises of tomorrow and is proud to say that every single day she is blessed to be able to do what she loves, that she is surrounded by family and friends whom she adores and respects, and that she is trusted enough to represent those whose passion is to create with their hands … whether it be food, art, or business. She resides in Ogden, Utah.

WHAT WOMEN CREATE is a quarterly publication in the WWC Series. Complementing WHERE WOMEN WORK, this issue is all about WHAT inspires these women and what is eventually created by their hands … whether it be handmade arrows the skills of which were taught to them by their father, calligraphy mastered through endless hours of perfected practice, or a delicious and nourishing meal grown and gathered from their own or a community garden. 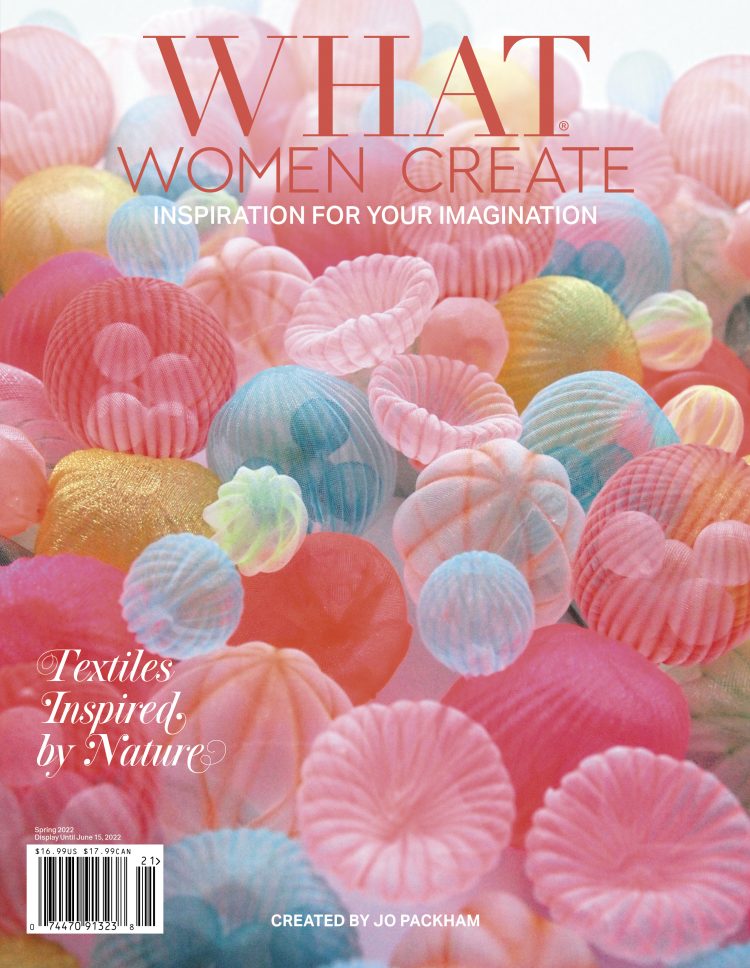 The photography is stunning and the stories are written in first person so the reader can envision themselves sitting at the kitchen table being inspired by the imagination and tenacity of each of these women. They teach all of us that we, too, can create that which comes from our very soul, that which is seen through our eyes, and that which is made by our own hands.

Whether it’s art, music, written works, or choreographed dances, extraordinary women know that the process of creating is as important as what ultimately gets created. That is why extraordinary women pay attention to the details of their work spaces… making sure that they surround themselves with visually stimulating inspiration and unique organizational systems. WHERE WOMEN CREATE invites you into the creative spaces of the most extraordinary women of our time. Through stunning photography and inspirational stories, each issue of this bi-monthly magazine will nourish souls and motivate creative processes. 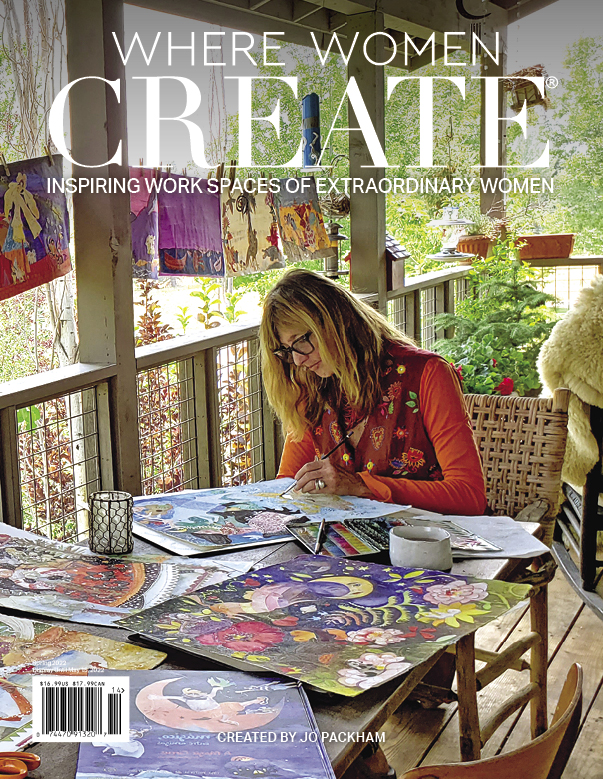 WHERE WOMEN CREATE, Inspiring Workspaces of Extraordinary Women, was launched in 2009 and was one of the most successful titles in its category in all major bookstores, all major craft and hobby chains, as well the big-box chain stores. WHERE WOMEN CREATE has been redesigned to better tell the stories and share the spaces of artisans from around the world.